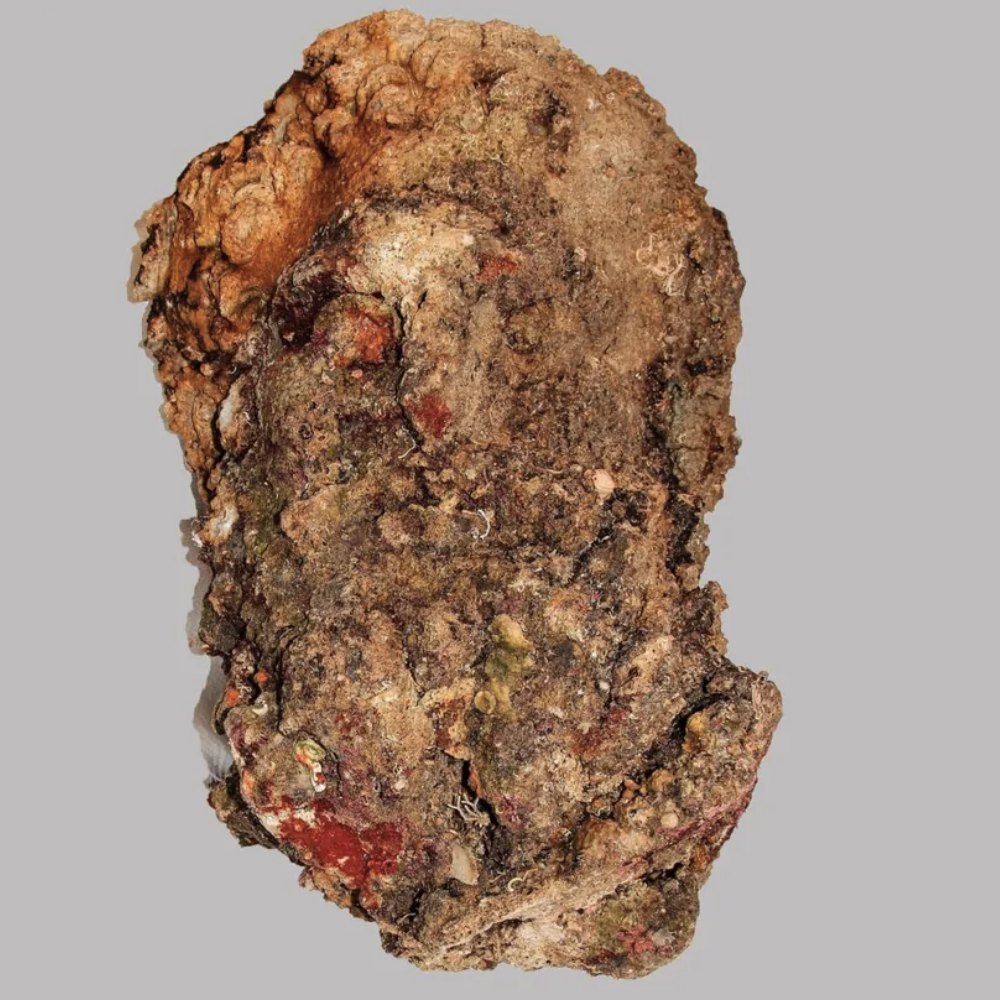 The Antikythera shipwreck is an ancient Greek wreck discovered by sponge divers in 1900 off Point Glyphadia on the Greek island of Antikythera. It has been dated to c. 70 BC. Divers recovered numerous unique statues and luxury objects, most famously a life-sized statue of a youth in an athletic pose known as the Antikythera Youth (also known as Antikythera Ephebe). The wreck has been associated with a period of Roman ownership, based on pottery found on board and antiquarian descriptions of Roman ships from around that time. The ship’s cargo also contained hundreds of marble and bronze statues, pottery, luxury items, and weapons. 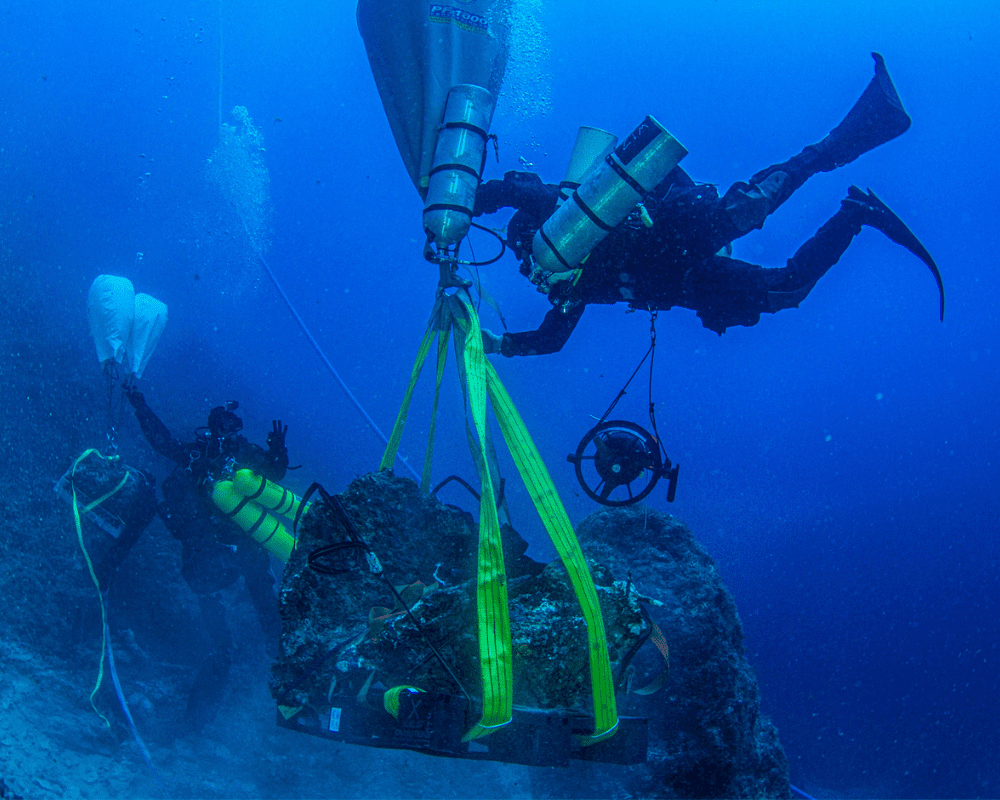 Upon removing a large rock, access to an unexplored area of the shipwreck became available. The lower part of a marble statue’s legs was within this cavity, coated in a thick layer of marine deposits. The statue was also discovered to include the head of a bearded man, and this discovery is suspected to represent Herakles (also known as the Roman Hercules). The find adds to other evidence that ancient Greeks, Romans, and other Europeans knew how to sail all over, not just through familiar waters close to home. From analyzing the items found at the wreck, the team can gather a sense of the ship’s fateful voyage. Although the exact story of the 40-meter-long (130-foot) vessel isn’t known, it seems likely that it was traveling from the Eastern Mediterranean toward Rome. As fate would have it, it sank after being smashed against the rocks by a powerful storm off the coast of Antikythera.

Before the bodies of Arnold Schwarzenegger and The Rock ruled the world and the hearts of ...

Indoor and Outdoor Activities for Dads and Kids

When the days start getting shorter and the nights chillier, you know that winter is on its way. ...

A Must-Read Guide on Marathon Training for Normal People

Any hardcore marathon runner will has least a hundred must-follow tips on how to make it big in the ...